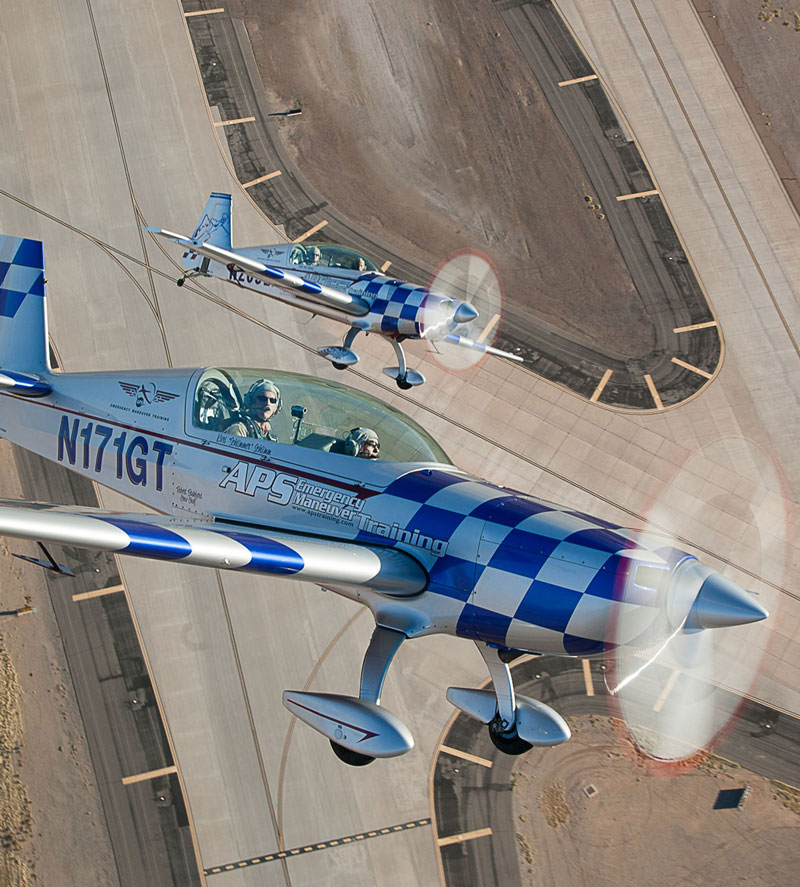 Be a Top Gun with an

in Mesa, Arizona, Near Phoenix and Scottsdale

We deliver the most realistic, hard-charging, fun-filled air combat experience available in the industry. Our real military fighter pilots provide an authentic tactical briefing, air combat flying experience, formation, high-speed low-altitude fly-by and comprehensive debriefing to every participant. You take the controls flying multiple real air combat engagements against your adversary. Only the bullets are simulated. All missions are flown in the Extra 300L, the world’s highest performance certified aerobatic airplane, equipped with a gunsight, smoke, dual controls, true-to-life sound and a multi-view audio/video system that records every flight. Air Combat missions are only available at our AZ location at the Phoenix-Mesa Gateway Airport in Mesa, Arizona. 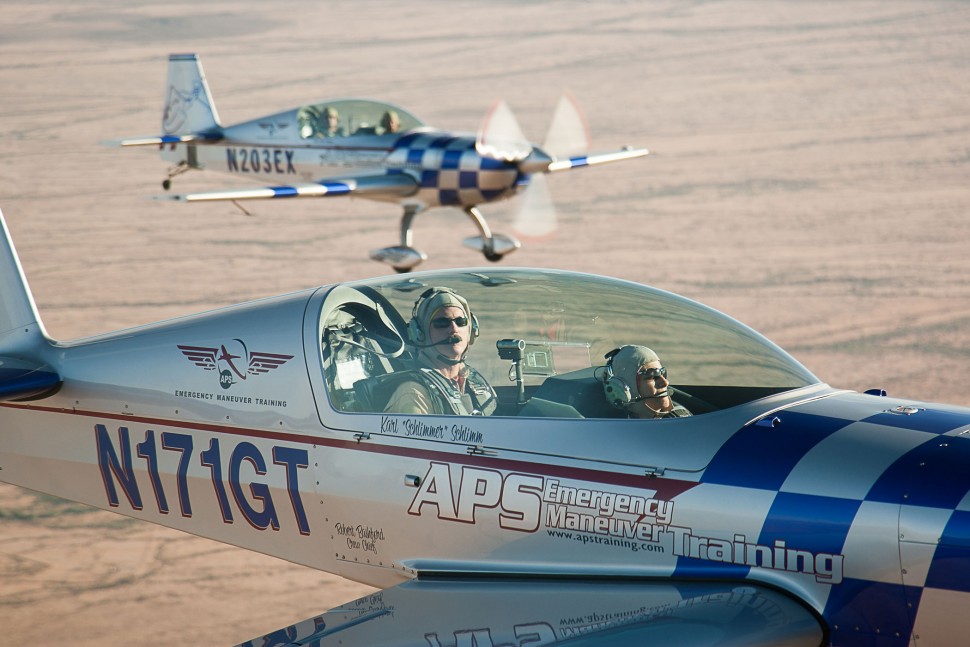 Fly a real aircraft, hands-on, under the guidance of an expert flight instructor! In-flight video included.

You Fly! Experience Any Aerobatic Maneuver Ever Dreamed Of!

The Aerobatic Super Ride truly exceeds its designation as a “Flight of Your Life”. For those who would love to fly a real aircraft hands-on under the guidance of an expert aerobatic instructor, the Super Ride definitely delivers an experience to remember for a lifetime.

Upon arrival at our squadron, you will be greeted by our friendly staff and introduced to your designated expert instructor pilot. Fully briefed, you and your instructor will get strapped into the aircraft for an electrifying 45-minute aerobatic flight. The mission profile begins with advanced handling and warm-ups, then progresses through aerobatic maneuvers from basic to the most advanced. Your expert instructor will demonstrate how to fly each maneuver before giving you the controls to try the maneuver yourself! Keep it mild or push yourself to the ultimate in extreme aerobatics – you choose how far you want to go. The profile culminates in an exciting high-speed low-altitude pass down the runway. During your debrief, the instructor will give an overview of your accomplishments, play the in-flight video for all to view, and conclude by presenting you with a much deserved “Hero” photo. Your video is included and other Fighter Combat gear is available for purchase. 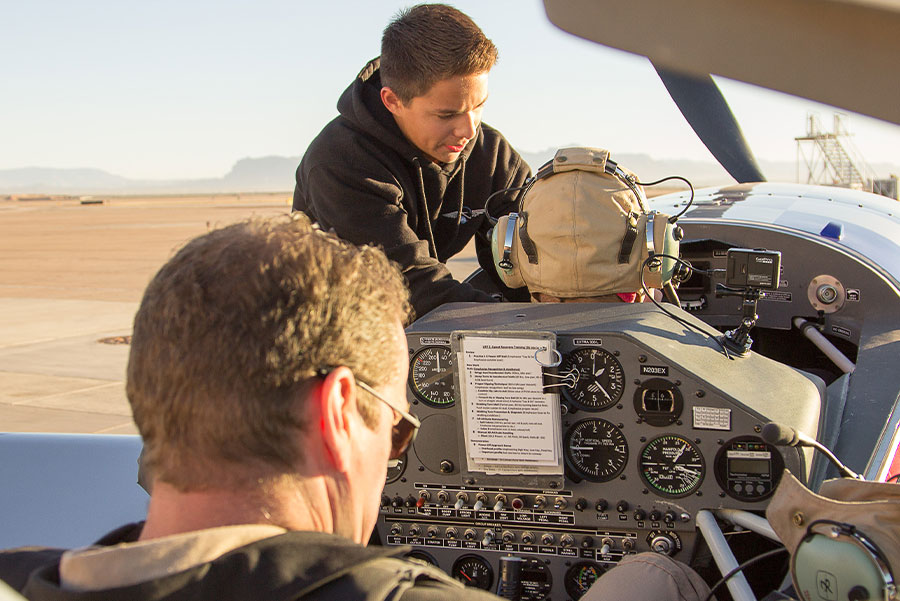 You fly this 30-minute air-to-air combat mission! On this mission, you can live the dream of learning to be a fighter pilot without committing to years of military service. You will learn the basics of modern air combat maneuvering, both offensive and defensive, and engage in actual air-to-air combat.

At booking, you will receive an air combat tactics manual to review prior to your adventure. Upon arrival at our squadron, you will be greeted by our friendly staff, select a leather call-sign by which you will be known for the day, and get suited up in your flight gear. Fully briefed on tactical air combat maneuvers, you and your fighter pilot instructor will get strapped in the aircraft for your mission.

The flight profile begins with a formation take-off to the training area, where you’ll warm-up with advanced handling, weapons usage and basic aerobatic maneuvers. Then it’s “Check Six!” as you fly 5 g-pulling air combat engagements in a “Show and Do” profile utilizing offensive and defensive tactics against your opponent. The flight culminates with a thrilling three-dimensional smoke chase, each aircraft alternating “lead and follow” positions across the sky. An exciting formation high-speed low-altitude pass down the runway marks your arrival. The mission is debriefed by recreating your tactical flight using the multiple-view video and in-flight notes evaluating shots and tactics. Your video is included. Leather call sign and other FCI gear is available for purchase. 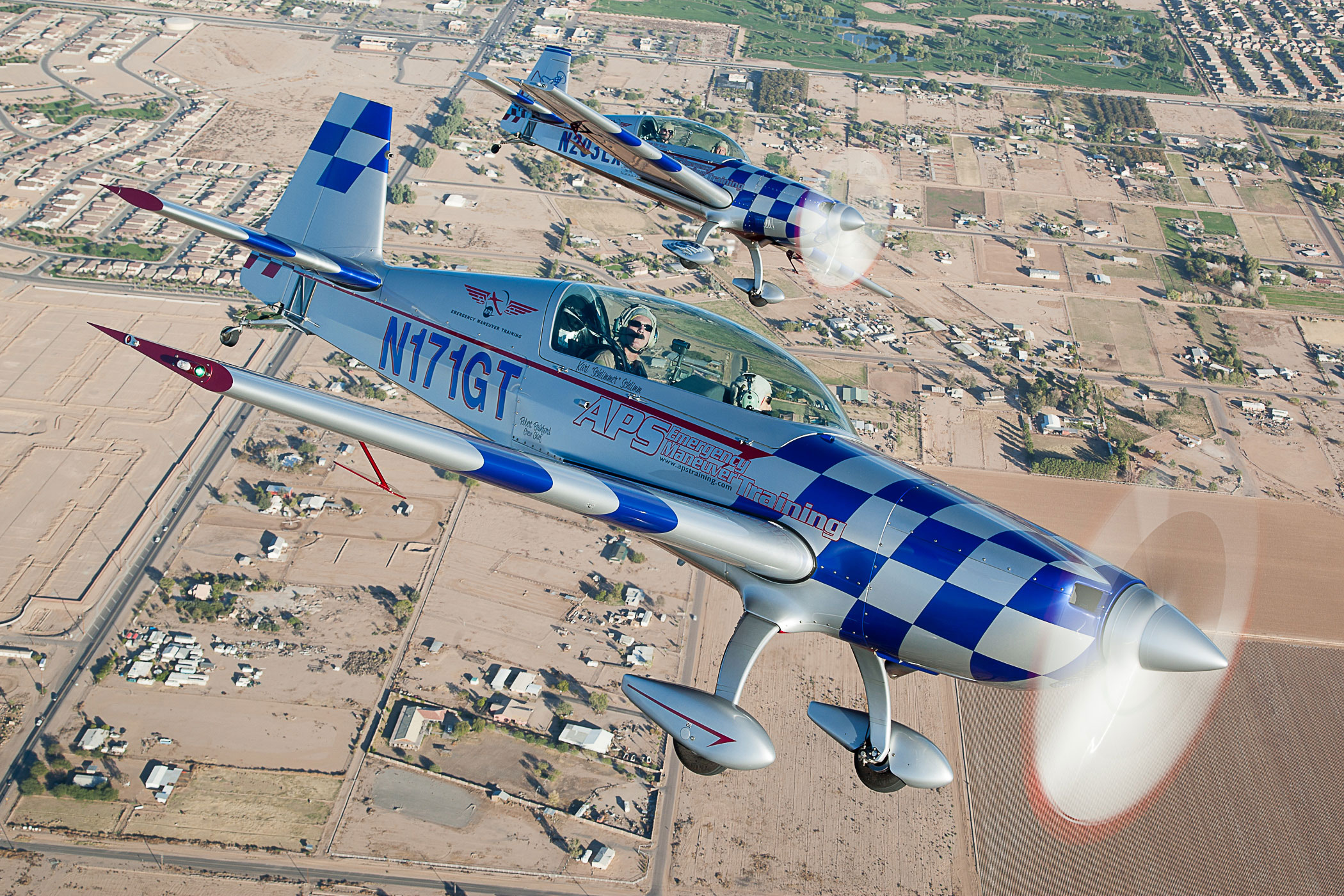 Start with the basic mission then proceed to the advanced adventure…

Details on each separate flight can be found above.

Earn your Fighter Combat International Squadron patch by becoming a Squadron Wingman. This 2-day adventure includes two air combat sorties: the Introduction to Air Combat and the Advanced Air Combat Mission. Each event has a dedicated ground training session, a hands-on air combat mission with one of our fighter pilots, formation flying, ground video debriefing, completion package, and a signed hero-photo with your pilot. On return to the airport from each flight, the two aircraft will complete a formation high-speed low-altitude pass down the runway.

The missions are debriefed by recreating your tactical flights using the multiple-view video and in-flight pilot notes evaluating shots and tactics. While you and your friends watch the video, the instructor will finish your paperwork, sign your photo and make arrangements for anything else you might need. Your videos are included and other FCI gear is available for purchase.

As a “Squadron Wingman Graduate” you qualify for a 15% lifetime discount.

Give the Ultimate Grad Gift!